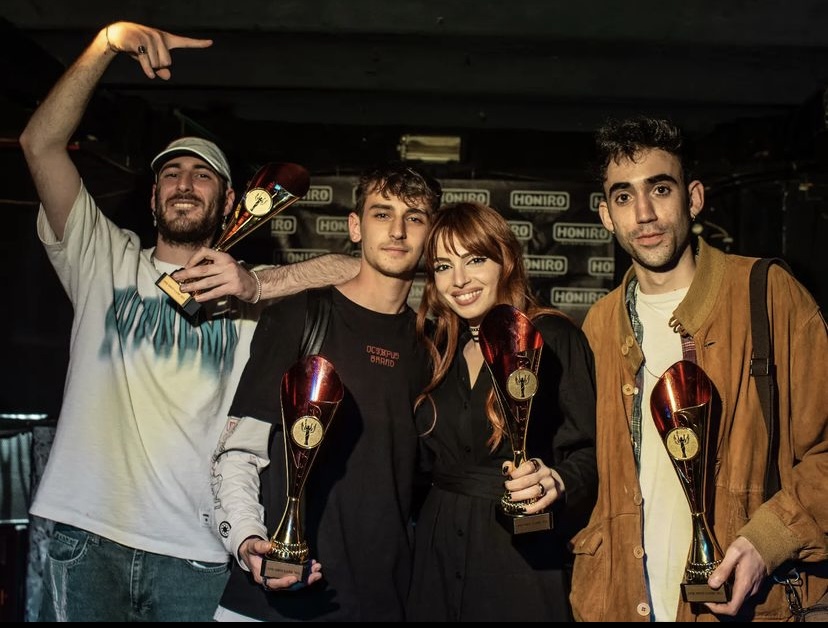 Giuseppe De Paola is a 20-year-old boy who comes from Naples and is attending the Academy of Music Artists in Rome. Last weekend he signed up for an annual contest, Honiro's One Shot Game. He ranked first by winning a record deal with the Honiro Label. We interviewed Giuseppe, still incredulous, who told us about his latest experience.

It should be noted that Giuseppe De Paola independently contacted Honiro Label and won the recording contract without any help from Accademia Artisti.

“I have been following Honiro Label for a few years being a fan of the singer Ultimo, who is part of this label. In 2016 it was the last one who won this contest. I put the fear aside and signed up. You had to bring three of your own songs ".

In the first phase there were 250-300 people and each one had to perform with a song. Joseph brought a passage from him:

“When they called me in the top 16 I was already in seventh heaven because there were so many people. Already being among the 16 finalists was an important achievement and it would have been enough for me, I never thought I'd win ".

The second heat, the semifinal, in which 16 arrived, Giuseppe brought another piece of his He also passed this semifinal and reached the final where 8 were found.

“I never expected it to be in first place. An indescribable emotion, I still don't believe it really happened to me ".

In the meantime, Giuseppe is continuing his career in the Academy of Artists which he started in September. This path was very useful for him to prepare himself for this competition as well; above all, he tells us about the performances he did in class in front of everyone. The awareness of being on stage, understanding how to move, singing in front of important masters and in front of colleagues. They are all skils that have helped him a lot to gain confidence. Among the teachers of the Accademia Artisti, those to whom our pupil Giuseppe remained most fond are the master Pinuccio Pirazzoli and Vincenzo Incenzo.

“I am a person full of anxieties and insecure: Maestro Pirazzoli gave me a certainty, he complimented me and he liked my songs. His advice was really valuable.

Maestro Vincenzo Incenzo also won Giuseppe's heart with his teachings and demonstrations in the classroom, helping him to overcome all his fears. Being then in a class with people who share the same passion was wonderful for Giuseppe. Finally, he tells us, he felt at home and not embarrassed.

“If I were to recommend something to someone in the same situation as me I would tell them that I am a person with absurd insecurity, never being sure of what I do and think. After this experience at the Accademia Artisti I feel like saying that if you really want to do something, you don't have to create a thousand problems around it. The only thing you have to do is do it and overcome your fears. We must never postpone ”.

Giuseppe's future will depend a lot on him: Honiro Label is ready to produce his next songs and will take care of his future projects. After many sacrifices with the study, from singing to the piano, this is the right reward. For now he is concentrating on finishing the course in the Academy of Artists but we wish him all the luck possible with a big good luck for his future.

Being Students of the Academy of Artists: Martina Cappelletti