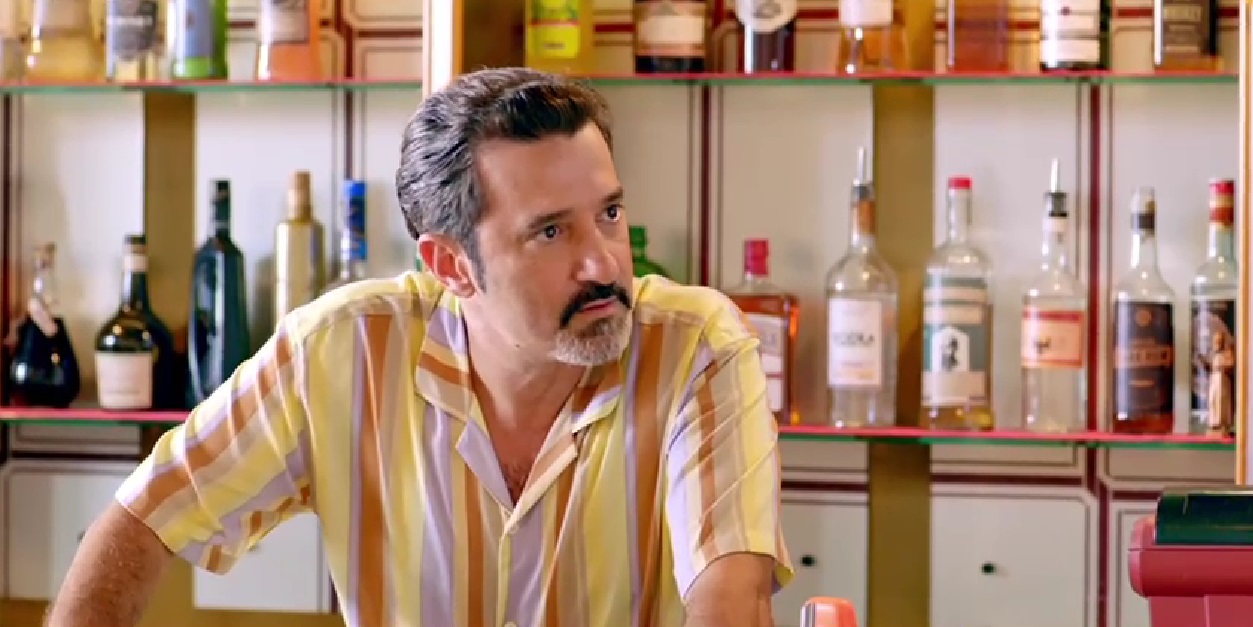 Il Santone - # lepiùbellefrasidioscio on RaiPlay with our teacher Fabrizio Giannini

Osho arrives on TV with the face of Neri Marcorè in Il Santone - # lepiùbellefrasidiOsho: the most disruptive, comic and beloved social phenomenon of recent years, created by Federico Palmaroli and followed by over a million followers, becomes a ten-part comedy series produced by Stand by me in collaboration with Rai Fiction and available exclusively on RaiPlay from today, February 25th. Our teacher and actor Fabrizio Giannini will be one of the protagonists of the series, available from today on the RaiPlay platform. Fabrizio Giannini will play Stefano, the bartender from Centocelle. the bar will be one of the recurring environments during the series starring Neri Marcorè as Enzo Baroni.

The actor will play a Centocelle antenna who suddenly disappears. When he returns, several months later, he has an Indian mood, a long beard and a seraphic air. Nobody knows what happened to him, not even him, but what is certain is that now everyone is hanging on his lips. In a short time, the man attracts the attention of a television agent who sniffs the deal and transforms Enzo from antennae into the “Santone di Centocelle”, known for all as Oscio.

The series will have comedy combined with hilarious gags as a key to interpretation. Il Santone - # lepiùbellefrasidiOsho, with, among the various protagonists, also our teacher of "The Actor's Gym", Fabrizio Giannini, hints at a biting satire of contemporary society and its need at any cost for points of reference and the creation of

mild, however superficial and fickle. The parable of Centocelle's antennae suddenly became a guru thanks to the tam tam on social media is also a bitter reflection on the dark sides of popularity and the power of virality. The series will premiere on RaiPlay and it is a Stand by me production in collaboration with Rai Fiction, produced by Simona Ercolani.

Alessia Agrosì at Incidentalis Arte: "Our mission is to help young people discover their talent"

NYCANTA: registrations are open for the 14th edition

Bianca D'Aponte Award: registrations are open for the 18th edition