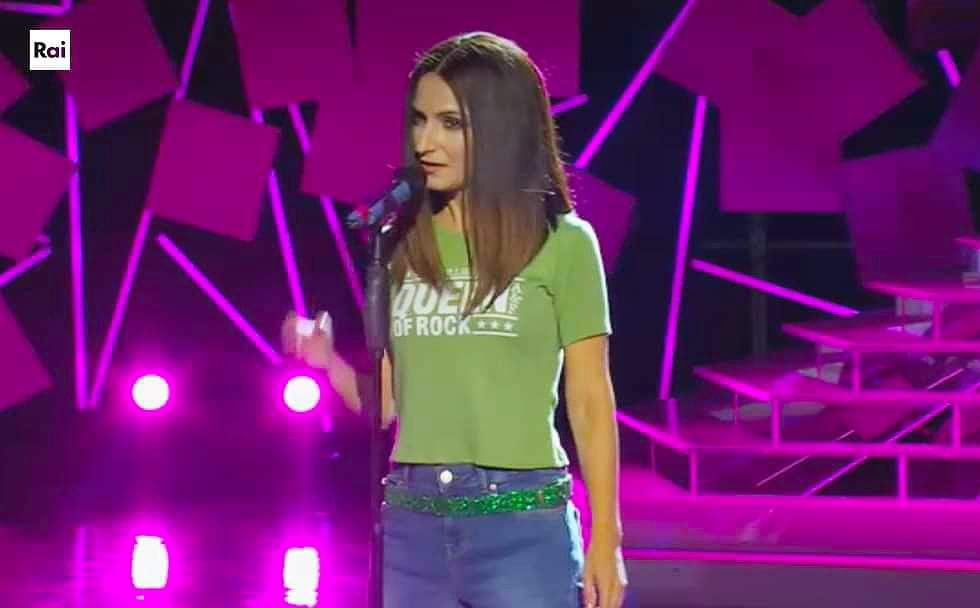 Danila Sciagura, student of Accademia Artisti Music, protagonist of the episode of Tali and Quali on Rai 1, tells about herself.

Danila Sciagura is a 37 year old girl who teaches Biology in high school. Meanwhile she is also a student of Accademia Artisti Music that a few months ago she landed in the prime time of Rai 1 in the transmission of Carlo Conti, Tali and Quali. Danila learned of this through the Artists Academy: since she was a child she has always had a passion for Laura Pausini and chose to wear her as an imitation. Her luck is also that of looking like her and she had also studied well all her movements during the performances. After a few days she was contacted by Rai for some information and had to postpone two more songs by Laura Pausini. This was the last step.

“They contacted me saying that Carlo Conti liked the audition and that I would participate in Tali and Quali. I was very happy, I didn't really expect to participate ".

At the recordings of the program he found again Maria Grazia Fontana, who was his coach, as well as being his teacher ad Artists Academy. When they met she was very anxious and coach Fontana encouraged her a lot and told her an anecdote about Laura Pausini nervous, whom she had known herself in Sanremo in 1993, when she made her debut to the general public. Emanuela Aureli instead he followed it for the imitative part and the movements.

“This experience was wonderful on several fronts: I had never ridden such a stage and I had never been in Rai, in front of the cameras. I became aware of all the work behind a program and also of the experience it takes to get on such a prestigious stage. You need to have a lot of awareness. I discovered several things that proved to be very useful ”.

Talking about it with the professors of the Academy of Artists, with the teacher Donatella Pandimiglio tried to improve the awareness and technique it takes to be on such a stage in front of millions of viewers. The Academy path for Danila started last year and she owes so much to this path that she made him have more awareness of herself and her profession. She realized that everything she studied and learned was useful to her on stage and she helped her a lot.

The meeting between Danila and Artists Academy it took place after a careful analysis of the various schools present. Among all, he considered it the best and chose to register. To the guys who have the same dream of her, Danila advises them to believe in it and listen to their heart. If you have a dream and something inside, it is right to try them all and try to express yourself in the best way.

Good luck to Danila for the future from all of us!

Being Students of the Academy of Artists: Amelia Villano talks about herself